Off the plan purchase is all in the developers favour.

Would I buy property off the plan?  not in a million years!  That’s not to say that  lot’s of people are not happy with their off the plan purchase, but in my 12 years experience as a mortgage broker I have seen plenty of people get badly burnt and due to the very short notice to settle in most contracts the final process can be chaotic and therefore stressful.

Most recently this has been in the news as developers have deliberately stalled completion in order to invoice sunset clauses that allow them to cancel contracts ,  refund deposits paid and then resell the properties at as much 50% higher than the original contract price.  The NSW Supreme Court has just found that the developer is completely within his rights ….

Most people want a loan approval 6 to 12 months or even 3 years into the future and the truth is that approval is virtually worthless until the construction is fully completed and can be valued. A lot can happen in that time – 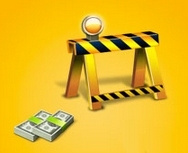 Consider what are the benefits – you get a reduction in stamp duty –  you are told that you are buying below the final value however, that is something very difficult to substantiate and if it is true there is nothing to stop the developer manipulating the sunset clause in order to cancel your contract.  Don’t be misled this is at best a gamble.

In my current clients contract the design includes “pool, gymnasium and steam rooms” but all subject to development consent. It is so easy for the developer to deliberately submit plans that will not be approved.  It will be for the courts to decide if the failure to provide these, pretty key features constitutes a fair reason for the purchaser to rescind the contract.  The contract attempts to exclude the recission on these items and the courts will decide if that is fair and reasonable – either way the costs will be substantial.

So when it comes to developers/promoters don’t believe anything they tell you about what percentage of the apartments are already sold.  Even if it is true it is quite possible that the first say ten percent are sold by special arrangement quietly through buyers agents and investment groups at massive discounts just in order to appease the developers funder, we are regularly approached by developers offering fat commission payments  ( up to 10%)  for leads.

Check the contract, they are always heavily in the developers favour – such as notice to complete, it is not unusual for clients to call me asking can we arrange funds available in seven or ten days. The answer is always no!    I would not sign a contract unless the developers estimated end value is guaranteed to come up to market valuation and with a no-loss get out clause if it fails.

If the market turns down or a glut as is approaching in Melbourne then as construction comes to an end there is a panic by buyers whose situation may have changed and they are madly trying to off load their contract.  Or there may be as yet unsold units which the developer will heavily discount just to clear the books – these push final valuations down and can start a spiral of sales as more buyers are forced into unexpected equity calls.  A few years ago this spiral happened in Melbourne’s Southbank and for a while it was almost impossible to get finance at any LVR above 60% – which simply compounded the spiral.  As a result lenders are often still very hesitant to fund CBD or high density / high rise and even where they will, the insurers won’t insure and so maximum lending is 80% LVR

When you buy off the plan you are buying new and shiny and there is a premium in terms of the appeal for owners and for investors through higher depreciation.  However in most off the plan developments there are other developments in the same area and so as these come off the plan they will be newer and shinier and as a result the marketability  will reduce.  It is not uncommon for off the plan units to fall in value for the first two or three years so do not expect a quick capital gain – no matter what the developer claimed.

Finally talk to your mortgage broker at least 3 months before completion – you need as much time as you can get just in case that indicative loan approval you have in your pocket isn’t worth a stamp.  You don’t want to be scraping around for a new home loan approval with only 21 days before settlement is due – some developers can be very ruthless.